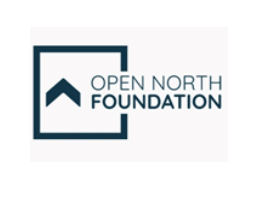 Open North Foundation – a not for profit organisation who has worked tirelessly to support North East companies that have been negatively impacted by the coronavirus pandemic. Entirely dependent on donations, the ONF is committed to not spending a penny raised on anything other than qualifying beneficiaries.

Together, we will host three guest speakers:

Sir Ivan Rogers, former UK Ambassador to the EU, who will talk on the UK’s current relationship with the EU.

Brian Dakers, a local international trade specialist, who will provide advice to North East businesses on the practicalities of navigating Brexit challenges.

Following a short talk from each of the three speakers Matt Sutherland, Professor at Newcastle Business School and Open North Foundation Ambassador will host a Q&A with our guest speakers, opening up the floor to respond to questions around the challenges and changes currently being navigated by manufacturing and engineering organisations.

Please note, this is a free event but we are asking attendees to make a voluntary donation to the Open North Foundation at point of booking a ticket for the event.

Sir Ivan held the position of Permanent Representative of the UK to the EU from 4th November 2013 until he resigned on 3rd Jan 2017. Prior to this in 2012 he was David Cameron’s advisor for Europe and Global Issues and Head of the European and Global Issues Secretariat, based at the Prime Minister’s Office at No.10. Following the result of the Brexit referendum in June 2016, he became a key civil servant in the negotiations to leave the EU. Sir Ivan will apply his experience and time in civil service to share his thoughts on the UK’s current relationship with the EU.

David Smith has been Economics Editor of The Sunday Times since 1989, where he writes a weekly column. He is also Chief Leader-Writer, an Assistant Editor and Policy Adviser. Since 2016 he has also been writing a weekly column for The Times, where he worked from 1984 to 1989. David Smith is the author of several books, including The Rise and Fall of Monetarism; Mrs Thatcher’s Economics; North and South; From Boom to Bust; UK Current Economic Policy; Eurofutures; Will Europe Work?; and – in 2015 – Something Will Turn Up: Britain’s Economy Past, Present and Future. He is a visiting professor at both Cardiff University and Nottingham University. He has also won a number of awards, including the Harold Wincott Senior Financial Journalist of the Year Award, the 2013 Economics Commentator of the Year Award and the 2014 Business Journalist of the Year Award in the London Press Awards. David will share his insight on the UK business landscape and the wider global business market.

Brian Dakers is a Business Development Manager (e-customs) at SGS United Kingdom. He took his first steps in trade in 2001, when he collaborated on a project to use technology to reduce the administrative burden on North East exporters, eCert. There followed a 17-year career in the regional, national and international chamber of commerce network, which included devising, launching and establishing North East England Chamber of Commerce global membership and acting as an inspector of origin standards on behalf of UK Government. Brian left NECC in 2017, and continued to develop a range of projects, including the Brexit Toolkit, in collaboration with Make UK. Since 2019 Brian has developed SGS United Kingdom’s customs brokerage offering, using proprietary technology to deliver services to a growing number of UK manufacturers.

The webinar link for this event will be sent the day before and also on the day of the event to all registered attendees.