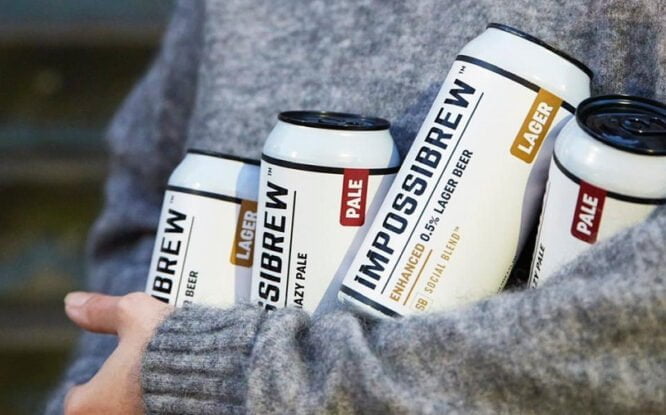 County Durham-based alternative beer brand Impossibrew, whose founder appeared on Dragons’ Den in February, is set to launch a crowdfunding campaign to raise £500,000 as part of plans to grow and venture into new trade channels.

Mark Wong launched the non-alcoholic beer brand after being told to quit alcohol for health reasons.

He partnered Dr Paul Chazot, a biosciences professor at Durham university, and other brewers to develop the drink which uses a blend of active plants to boost serotonin levels and increase relaxation, but without the drowsiness associated with typical alcoholic drinks.

Wong appeared on Dragons’ Den in February and, despite walking away empty handed, has started 2022 on a positive note with revenues in the first days of February outperforming revenues for the entire year of 2021.

Wong also reached out to investors and customers at the start of the year to get an idea of an appetite for investment. Following this, 682 potential investors, amounting to £2.4m of funding, pledged support.

Money from the Crowdcube campaign will be used to grow the team, venture into new trade channels, access export markets and potentially build a new brewery to eventually move away from Allendale Brewery in Northumberland which is currently contracted to produce Impossibrew products.