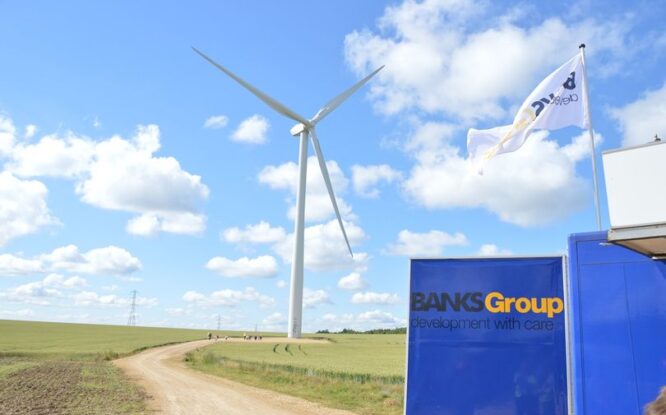 Banks Renewables’ Moor House wind farm near Darlington and the Lambs Hill scheme to the north west of Stockton generated over 50,000 MWh of electricity between them over the 12 months to the end of September – and by doing so, they displaced around 10,700 tonnes of carbon dioxide from the electricity supply network.

The six-turbine Moor House wind farm led the way in the region by generating 30,500 MWh over the 12 months in question, with the four-turbine Lambs Hill scheme producing almost 20,000 MWh during the same period.