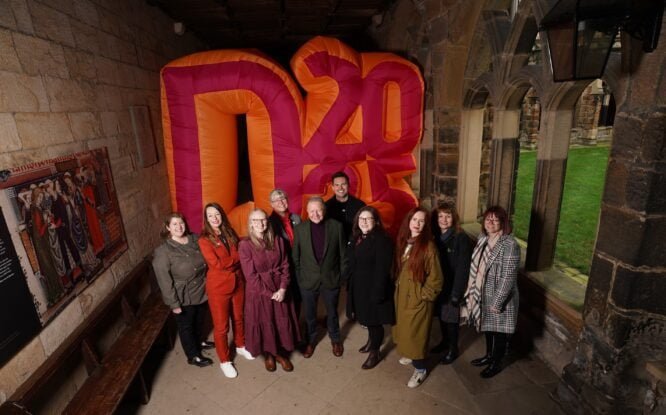 County Durham’s “time has come” to be the country’s next cultural beacon – and businesses can play their part in lighting its way to success.

That’s the message from bosses behind the bid to secure the area UK City of Culture 2025 status, which they say will create thousands of jobs and inject hundreds of millions of pounds into its economy.

County Durham is up against Armagh City, Banbridge and Craigavon; Bradford; Cornwall; Derby; Southampton; Stirling; and Wrexham County Borough for the accolade, with a final shortlist expected from the Government in days.

More than 500 businesses, including Newcastle Building Society and Hays Travel, have already pledged their allegiance – raising £425,000 in the process – to the bid, which, if successful, will see the county follow Hull and Coventry as Britain’s next culture capital.

But, as the clock ticks down to a decision from the Department for Digital, Culture, Media and Sport on which areas have made the final cut, local officials have made another plea for the region’s commercial landscape to throw its support behind County Durham’s proposition.

And Sally Dixon, assistant director – partnership and communications at Beamish Museum, who is business engagement lead on the bid – which is being spearheaded by Durham County Council, Durham University and Culture Durham – says it represents a real watershed moment for the county, as well as the North East.

“We’re on a very exciting journey, and one in which we’ve got a tremendous cultural sector to coalesce with,” Sally – pictured below, third from right, with members of County Durham’s UK City of Culture 2025 bid team – tells North East Times.

“Collaboration is what we do in the North East; we come together for the good of the region.

“This is the most exciting thing I’ve worked on, and the response we’ve had so far from businesses has been phenomenal.

“They’ve really got behind what we are trying to achieve, and we’ve had wonderful support from companies of all sizes, as well as organisations such as the North East England Chamber of Commerce.