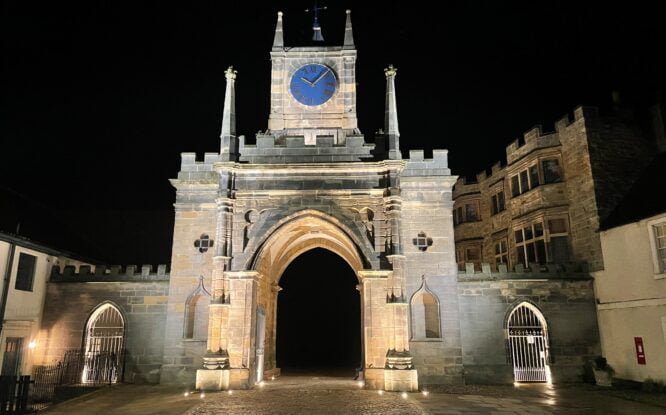 The restoration of a Grade I listed archway in Bishop Auckland by a local firm has revealed a remarkable secret that had been kept for almost 1,000 years.

Vest Construction, based in Bishop Auckland has recently completed restoration of the historic Robinson Arch in Market Place which is the formal entrance to Auckland Castle.

Robinson Arch is a Grade I listed building overlooking Market Place but more importantly, the entrance to the 800-year old estate and Palace, created and used by the Prince Bishops of Durham. Commissioned by Bishop Trevor in 1760 and designed by Sir Thomas Rokerby.

The £500,000 project, which completed earlier this year included intricate works to Bishop Auckland’s clock tower, which dates back to the mid-18th century.

But during the refurbishment work, it was discovered that the 450kg bronze bell was founded in circa 1175, 600 years before the tower was built. Historians found an inscription on the bell that translated to “Stephanus made me” which had been incised into the mould when the bell was made.

Because of this discovery, refurbishment of the bell was commissioned. The bell is thought to be unique for an English bell of this time, being considerably larger than other examples and is thought to be more similar to the German style bells of this period.

The full extent of the project included an initial phase to make alterations to properties around the archway to create new walls around the layout. The second phase of the work included intricate masonry repairs, indents and stone replacements alongside removal of iron cramps whilst rebuilding each corner of the tower. 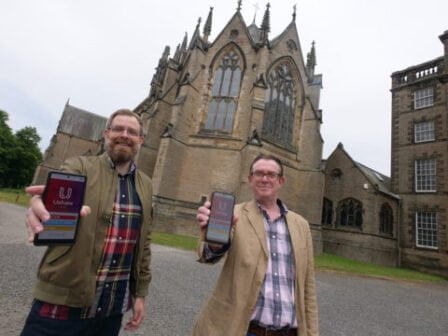 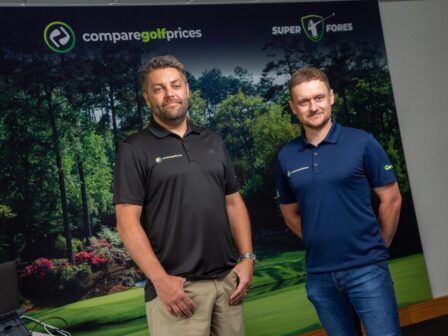 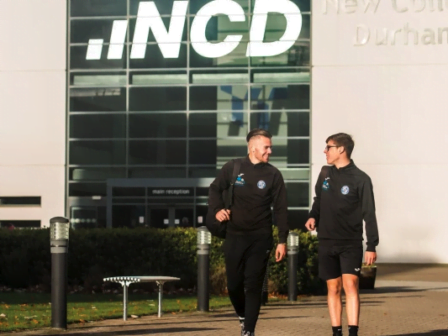