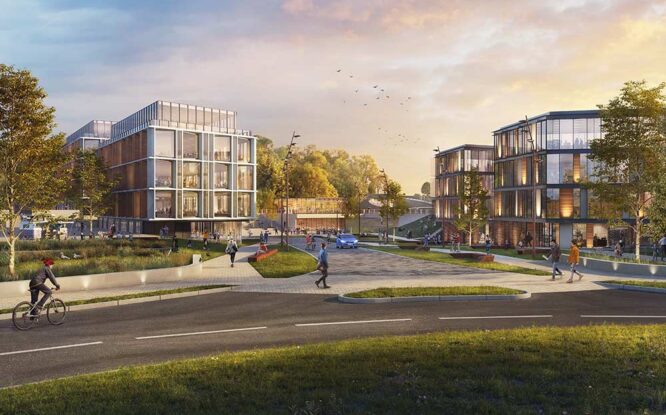 Government backing for some of the region’s most high profile regeneration projects will create more than 4,200 new jobs and safeguard another 3,500.

A total of 21 schemes in the North East and Tees Valley have won a combined £64m in backing from the Government’s Getting Building Fund, which was first announced by Prime Minister Boris Johnson in June.

The schemes include project to improve town and city centres, put the North East at the forefront of the green recovery and boost key employment sites, as well as creating 1,300 new homes.

High profile projects such as the Gateshead Quays convention centre and the Aykley Heads business park in Durham have been backed, along with town centre regeneration schemes in Newcastle, North Shields and Bedlington.

In the Tees Valley, there is backing for improvements to Middlesbrough train station, the Central Park R&D centre and the Teeswork scheme in Redcar.

There is also backing for a new landing area for the Tyne ferry at the North Shields Fish Quay, plans to improve the digital infrastructure of the city centre and riverside area of Sunderland, better cycling and pedestrian links around Gateshead town centre and investment in a planned energy park at Blyth.

The projects are part of the £900m Getting Building Fund which was announced by Prime Minister Boris Johnson in June to support “shovel-ready” housing and infrastructure projects.

It is hoped the schemes will create 2,475 new jobs, 2,339 construction posts and safeguard 3,551 positions across the region.

Housing Secretary Robert Jenrick MP said: “As we get Britain building we are also laying the foundations for a green economic recovery by investing in vital infrastructure for local communities, creating jobs and building environmentally-friendly homes with a huge £1.3bn investment announced today.

“This Government is determined to level up all parts of the country and this funding will not only give a much needed boost to our economic recovery, it will help build the good quality, affordable homes the country needs.”