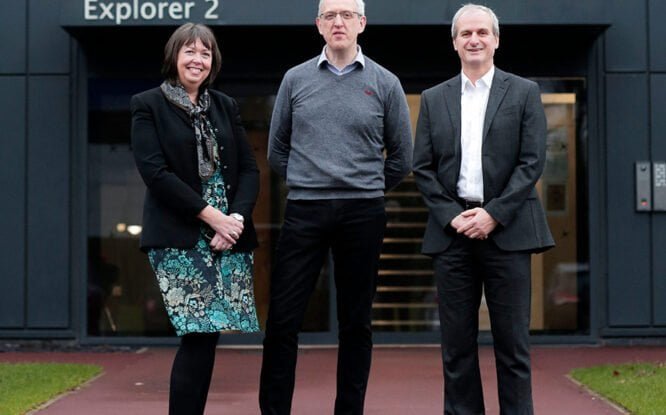 INNNOVATIVE software company, Quorum, made the short journey from Teesside to the NETPark Incubator in 2014 and have never looked back.

Quorum, which was established in 2002, supplies expert advice, software and services to organisations such as EDF Energy, Orsted, in Denmark, and Centrica. Its products include the Sentinel product, which enables communication with National Grid and supports the efficient operation of power stations in the UK market.

Since making the move to NETPark, Quorum has grown in staff numbers, skills and experience and developed an exceptional reputation in the energy market.

In 2015 they secured a contract with EDF Energy and with clients in Europe, the Middle East and Australia, the company turns over £1.6m per year with plans to turn over £2m by 2021.

Quorum has experienced added value benefits of being based at NETPark having saved more than £37,000 through a research and development tax break, which the company learned about when they attended one of Business Durham’s innovation talks.

John Sherban, director and co-founder of Quorum, said:  “NETPark has been a great place for us. The location is great for our clients who fly into Newcastle Airport and the staff at Business Durham have been fantastic and have done everything possible to facilitate our growth including the move to NETPark Explorer.”

Janet Todd, manager of NETPark: “Quorum is an exceptional company to work with. They have a very considered approach to doing business and a great reputation within their sector, having recently won a number of contracts, some of them with big energy providers, which further enhances their growing portfolio of clients. We look forward to supporting them for many years to come.”