Home Why Durham? County Durham, a place of drive and ambition

County Durham, a place of drive and ambition 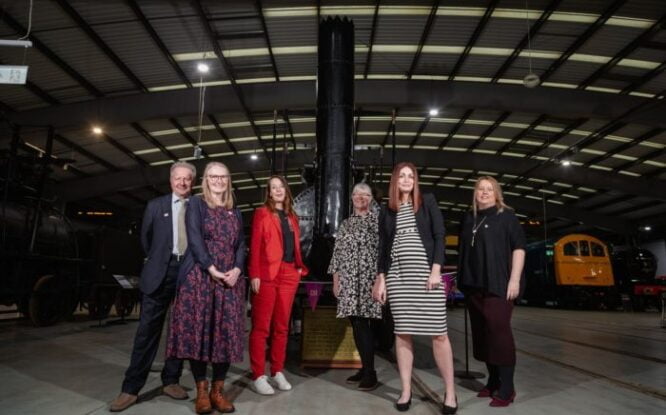 County Durham has made its mark throughout the centuries and continues to show a determination to follow that tradition into the future.

2022 is a big year for the area. Not only will it find out if it will be chosen as host for the City of Culture 2025, it has ambitions to be the permanent home to the Great British Railways (GBR) headquarters, while ground will be broken on the £50m expansion of North East England’s only science park NETPark.

The Government launched a competition to identify a location outside of London for the headquarters and as part of its levelling up agenda, with the council launching its bid to be the winning location.  Success will create highly skilled jobs and generate additional investment to the area.

Towns and cities with strong links to railways have been encouraged to enter the competition and for County Durham, there is no shortage of connections. Not only is it home to Shildon, the world’s first railway town, but it is a major player in the future of the industry, with the next generation of high-speed trains being built at Hitatchi Rail Europe’s Newton Aycliffe factory. Coupled with that, the county boasts a significant supply chain furthering its highly skilled advanced manufacturing credentials.

The Locomotion museum in Shildon, tells the story of County Durham’s role in the early development of the railways and attracts visitors from around the world. And thanks to a £5.9m redevelopment, it will soon house the largest museum collection of historic rail vehicles in Europe. The bid comes at a special time for County Durham and the wider region. Preparations to mark the 200th anniversary of the Stockton and Darlington Railway in 2025 are well underway.

County Durham’s rail heritage is also an important theme within Durham’s county-wide bid to be UK City of Culture 2025. The county is now one of just four locations to be shortlisted for the prestigious title from the 20 places that applied.

Hundreds of businesses from across the North East have backed the bid, an example of the council’s collaborative approach. The bid is being driven by Durham County Council, Durham University and Culture Durham, a partnership of more than 20 cultural organisations from across the county.

Businesses are working with cultural partners to deliver social and economic benefits for County Durham and the wider North East, as they can see just how powerful this opportunity could be for the region.

The 600 businesses that have signed up to back the bid are exploring the exciting opportunities for bespoke and in-kind partnerships with a determination to develop more across a variety of sectors in the future.

The benefits of securing UK City of Culture status for County Durham and the wider region cannot be overestimated.

It would create an additional 2,500 jobs in Durham’s creative industries and an extra 200 creative enterprises in the county by 2029; directly supporting almost 1,000 businesses and organisations; and creating a £41.5 million spend with at least 50 per cent of contracts going to local suppliers.

It would also attract more than 15 million visitors to the region, many of whom would stay overnight, helping to bring an additional visitor spend of £700 million and supporting the creation a further 1,800 jobs in the tourism sector.

And with the county’s profile and appeal raised nationally and internationally, the benefits of being UK City of Culture 2025 would be felt for years to follow, with businesses new to the county able to enjoy those benefits.

Use the form below to contact the Inward Investment team